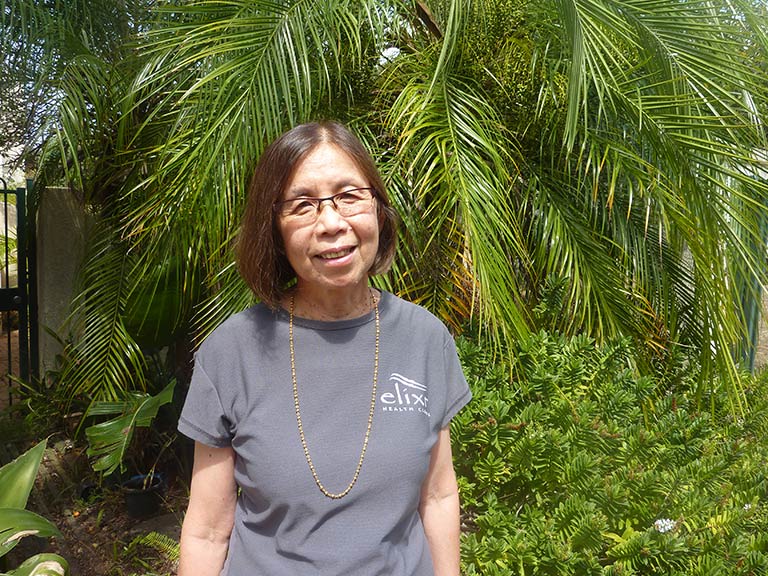 In 1969, Elixr CFO Gim Chew left Malaysia to pursue her studies in Australia. She loved the country so much, she decided to make Sydney her home. As she puts it: "Taking up Australian citizenship is the best decision I've ever made. It gave me the freedom to work and travel in Europe and then forge a very good life for myself in Sydney. I honestly believe that Australia is the last remaining paradise on planet earth." We chatted to Gim ahead of International Women's Day to get her thoughts on why it's worth celebrating, who her biggest inspiration has been and - after working as a Chartered Accountant with global institutions such as Price Waterhouse Cooper (PWC), American Express, St George Bank, RaboBank and Macquarie Bank - what she enjoys most about working alongside her brother, Richard Chew.

What was the toughest challenge you faced when you arrived in Australia?
Making new friends, and learning, understanding and adapting to the Australian culture. I found the Australian accent and expressions difficult to understand – thankfully, I'm much better at it now!

Looking back, is there any advice you'd give to your younger self?
Have faith and confidence in yourself and set out clear life objectives. Never ever let anyone tell you that you can't do something because of your gender.

Do you think it's important to celebrate International Women's Day?
Absolutely! It's so important that women now – and in the future – are aware of the historical struggle and how the status of women today is the result of generations of women who stood up to patriarchal domination. They were ridiculed, bullied and went to prison to achieve what we take for granted today: the right to vote, work for equal pay (sometimes), marry or not, and have children or not. We need every generation of women to realise that these rights must be consciously guarded against reversals or sabotage by incoming presidents and law-makers. Her-story of how women's human rights were achieved needs to be taught to everyone "lest we forget" the hard-fought battles of previous generations.

What are some of the gender policy changes you've witnessed since the 60s?
Socially, I've observed the de-stigmatisation of unmarried mothers, single parenthood, living together before marriage and starting a family before or outside marriage. These liberal living arrangements are accepted as normal in our society today.

Workwise, the introduction in 1969 of the principle of equal pay for work of equal value by women was a milestone, followed by anti-discrimination legislation on the basis of sex in 1984. These changes opened up the world for women – most of the time. I remember working at an international firm of chartered accountants in 1974 where there were only women's toilets on alternate floors as there were so few of us in the profession and the toilets were primarily there for the secretaries, who were all female. Such workplaces don't exist today.

Although the anti-discrimination legislation has been around for over 33 years, the reality for women is still a far cry from the spirit of the law – as we are reminded by ongoing news reports regarding the gender pay gap and harassment in and out of workplaces.

Who is the most inspirational woman in your life?
My mother. She was the one who inspired me to be what I am today; to embrace all the opportunities she was denied after WW2: high school education, university studies, professional qualifications, overseas travel, home ownership and ultimately, financial independence. My parents never ever told me I couldn't do something because I am a woman. This, is their incredible legacy of empowerment.

What's your biggest achievement?
Being financially independent and, as a result, having the freedom of choice. I saw how 'enslaved' my mother was by her lack of education, opportunities and choices. She lived in an era when women simply did not have what we have today.

What lessons has life taught you?
Firstly, to keep myself safe by actively avoiding putting myself in harm's way. When I was in my late 20s, I naively put myself in danger when I attended a second interview for a job in a hotel room. Fortunately, I left unharmed, but I realised afterwards that the experience could have led to lifelong trauma. Suffice to say, I didn't get the job!

Also, that life is a journey of constant changes, challenges and ultimately, contentment. Changes are inevitable but generally good and positive, depending on your attitude. The challenges have always been less daunting than I imagined. I have adopted the motto: 'Expect and hope for the best, but also have Plan B.'

What advice do you have for women wanting to succeed in the workplace?
Success comes from hard work, perseverance, integrity, diligence, reliability, honesty and luck. The most important thing is to do what you love, to the best of your ability, in an environment that resonates with your values. When those three factors align, you will succeed. In addition, you need a team of people with complementary skills to achieve anything worthwhile. Richard and I are very fortunate to have a team of 100+ people, who have helped us achieve his vision of successful and well-managed clubs that are able to continuously deliver outstanding products and services to its members.

What do you love most about working at Elixr?
I love dealing with numbers and having the opportunity to do that every day makes it my dream job. It's also incredible having a boss who respects my ability, trusts my judgement, and lets me get on with it! Personally, I am extremely proud of Richard who has had the conviction and skills to make Elixr what it is today, and I appreciate the opportunity to be part of his journey.

How do you like to start your day?
I drink a teaspoon of organic apple cider vinegar in a cup of warm to hot water – a habit I adopted from my mother-in-law who lived to be 90 years old. Then, I need my coffee to get me going, followed by a banana or mango, when they are in season, and a slice of multi-grain toast with Malaysian curry (just joking!).

How do you like to end your day?
With a good night's sleep.

Chew On It: Freedom and Gratitude

Comments
The outlook we choose determines our contentment. We have a propensity to complain rather than to accept, and to focus on the... 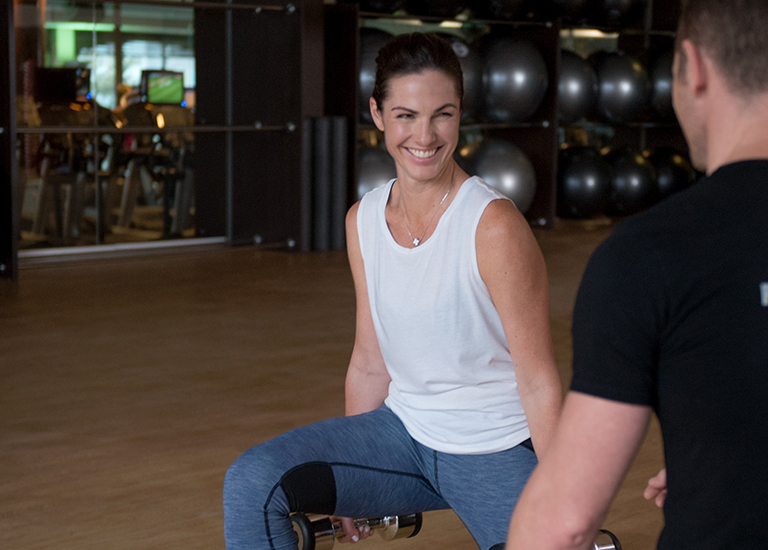 Comments
Kickstart your fitness goals and try a personalised program with our Elixr Program Trainers. They will assess your needs, set...