Chew on it: Australian Chinese

I was chuffed to be interviewed recently for a City of Sydney podcast on the 2019 Sydney Lunar Festival. I think I was asked because it’s unusual for a Chinese person to be operating a health club instead of a restaurant or laundromat.

The fact is, I view myself as an Australian first and I’m incredibly proud to be a citizen and to live in the best city in the world. My Chinese side comes out when it comes to food and discounts – having lived in Malaysia for my first 11 years, I live to eat and it’s normal for me to plan my next meal while eating my current one.

In the interview, I spoke about my early years in Australia and thought I’d share some of that journey with you…

Following a race riot in Malaysia in 1969, my father decided that my future lay in Sydney, and within a few months I was enrolled at a boarding school. It was traumatic and I felt abandoned – and although I didn’t realise it at the time, that’s the onset of my first depression.

Australia (and boarding school) was a whole new world. For instance, when I had my first bowl of porridge at boarding school, I sprinkled mine with salt and pepper and was aghast when my friends added milk and sugar to theirs. Chinese porridge (or congee) is usually savoury and made with rice. The brown sugar and milk thing just never did it for me.

In my first year, there was a school big bully who turned his attention to me. But when I fought back with a few decisive kicks, he never bothered me again. That’s when I really started to appreciate my Karate training.

My English skills were pretty poor at the time and my class mates used to make fun of me. I felt anxious about public speaking for years afterwards until I finally decided to face my demons and present a seminar at a major fitness convention in 1999. The first five minutes were tough – for me and the audience – but amazingly, I started to feel more comfortable and confident. And now you can’t get me to stop talking.

Getting stronger and fitter

My teacher and rugby coach, Ralph Sadler, became my caring mentor in education and sport in my first year. Under his guidance, I went from being obese and unfit to playing first grade basketball and rugby, and from a poor student to a half decent one. 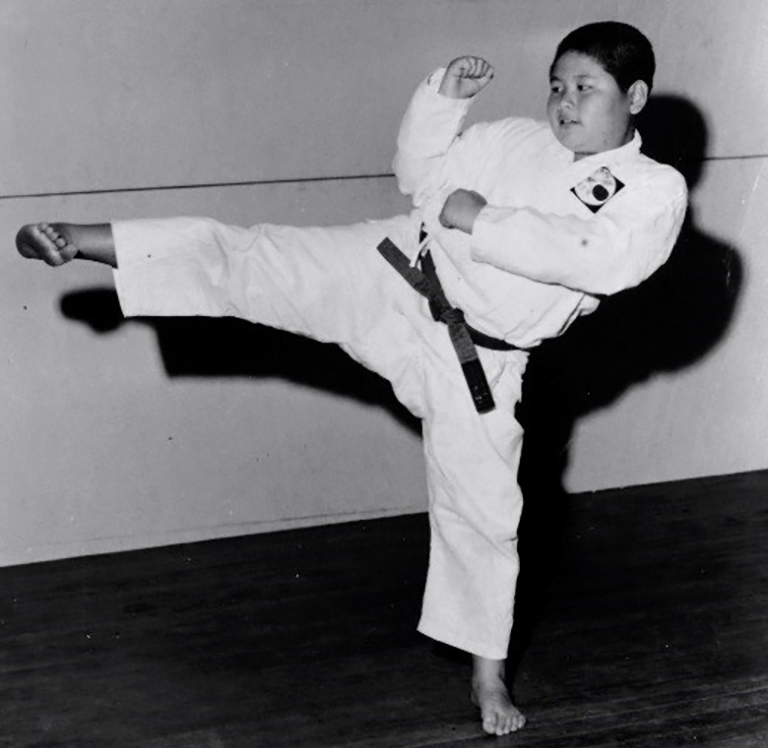 Who would have thought this fat kid would go on to represent Australia in the Karate World Championships?

My subsequent mentor, Herb Barker, who played rugby for Australia in the 1950s, coached me in basketball and rugby and was an inspiring influence in my life. I’m eternally grateful to him and have since done what I can to mentor others in sport and business.

Karate: a constant in my life
My big brother, Tony, was my Karate instructor when I came to Sydney and by the time I was 14, he had me teaching an adult class. I was awarded Australian citizenship when I represented Australia in the Karate World Championships in the ‘80s. And Karate led me to the fitness industry when I moved my Karate school from Paddington to a new gym called Healthland in Bondi Junction in 1979.

It was at Healthland that I discovered a passion for aerobics and became an instructor. I had a bit of a Jekyll and Hyde act going on at the time, as I was a happy and smiling aerobics teacher but transformed into a strict and authoritative instructor when I taught Karate.

Here I am 40 years later, I continue to love doing what I do in the fitness industry as it also defines who I am.